Kevin and his partner Deborah Shields, along with her folks, established RiverView Alpacas in 1997. RiverView is now home to 50 alpacas.

Committed to the alpaca industry, Kevin has served on various AOBA committees including the Affiliate, the Nominating and the National Conference Planning. He is currently serving on the Judge Advisory Committee.

Kevin is one of the founding members and President of N. E. Alpaca Tours, a non-profit corporation that organizes the North American Alpaca Show. To date, N.E.A.T. has donated over a quarter of a million dollars to alpaca research and education.

Having successfully completed the AOBA Judge Training Program in 2004, Kevin received certification in halter, fleece and performance judging for both Suri and Huacaya alpacas.

Kevin is currently judging alpaca shows throughout the country and is involved in speaking, consulting and in the organization of alpaca shows and auctions.

Peter and his partner established Canchones Alpacas in 1998. Starting on ten acres with two females, the herd has grown to some 350 black alpacas (250 huacaya and 100 suri). In 2003, the alpaca stud was relocated to a 400 acre property in North East Victoria, Australia.

In 2004, Peter spent three months in Peru selecting black alpacas to be added to the Canchones breeding program. In all thirty huacaya and five suri, were selected by Peter and imported into Australia.

Peter has been a full time alpaca breeder for the last five years. He manages the breeding program of the Canchones herd, on a daily basis, using the latest techniques including ET (Embryo Transfer) and the SRS system.

Peter successfully attended the International Alpaca Judging School (IAJS) in the Peruvian altiplano in 2004. He has also been certified as both an AOBA (Alpaca Owners and Breeders Association) and AAA (Australian Alpaca Association) judge.

Since qualifying as a judge in Australia and the United States, Peter has judged shows throughout Australia, Canada , New Zealand, and the USA. 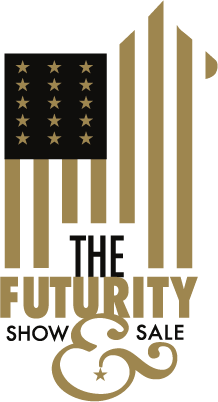